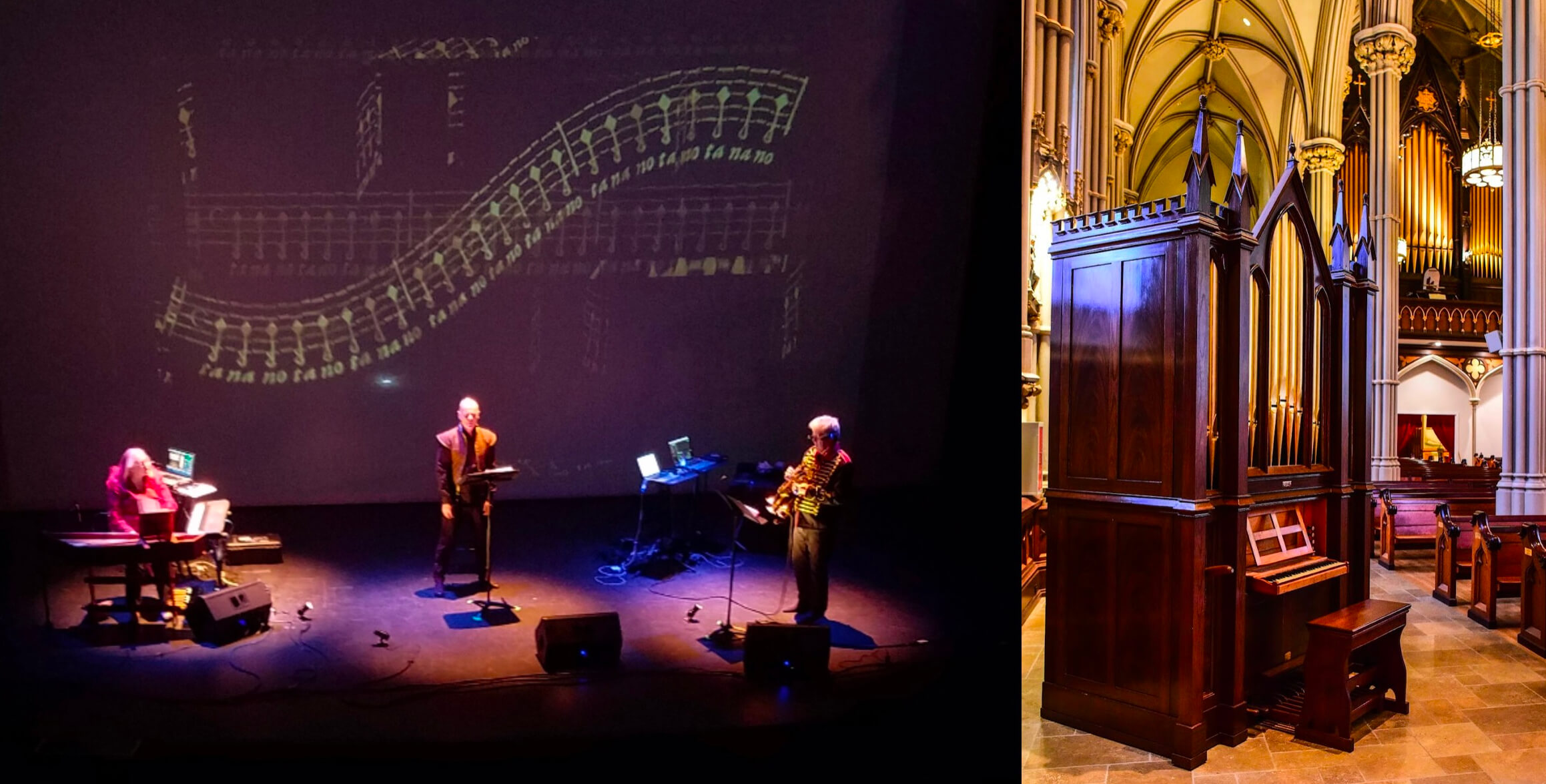 Fantini Futuro is an electronic opera by Ben Neill for the Mutantrumpet, his self-designed electro-acoustic instrument, countertenor, Baroque keyboards, and interactive video projections. The immersive piece is based on the music and life of early Baroque trumpeter/composer Girolamo Fantini, who was responsible for bringing the trumpet indoors from the hunt and the battlefield to the realm of art music. Using an array of interactive technologies, Fantini is depicted as a traveler through space and time through a synthesis of early music, minimalism, and digital media performance. Fantini’s translocation of the trumpet from outside to inside is mirrored and reimagined by Neill’s Mutantrumpet, which extends the acoustic instrument into the virtual realm.

Neill joins forces with NYC early music ensemble ARTEK for this production; countertenor Ryland Angel performs the vocal part, and both the 1868 Henry Erben organ and the 1859 Hall & Labagh chancel organ will be played by Gwendolyn Toth, ARTEK’s Artistic Director, who is recognized as one of America’s leading performers on early keyboard instruments. Fantini Futuro was awarded a New York State Council on the Arts grant in Film and New Media in 2022. A 2020 demonstration video of the Mutantrumpet V4 which made its debut in Fantini Futuro received over 800,000 views on social media and was shared thousands of times.

Fantini was a musical celebrity in his time, and his magnum opus includes the outdoor music written for trumpet alone, as well as the indoor pieces with keyboards. He pioneered the use of mutes to expand the dynamic range of the instrument for indoor use along with numerous other playing techniques, mirroring Neill’s focus on timbral manipulation. Fantini Futuro transforms Fantini’s material both compositionally and in real time during the performance. The work draws connections between the dynamic energy of early Baroque musical and architectural vocabularies and minimalist patterns and processes, reinterpreting them through current techniques of live sampling, spatialization, and interactive visual media. The improvisatory quality of the piece references the original performance practice of music in Fantini’s era using futuristic technologies. The Italian texts are taken from poems written in tribute to Fantini and reflect on his unique ability to “tightly tune, with noble art, the warlike strains to the softer songs.”

The visual component is comprised of architectural imagery, artworks, and environmental video from places where Fantini lived and performed. The material was captured by Neill during two Visiting Artist Residencies at the American Academy in Rome. The animated images are controlled live from Neill’s Mutantrumpet, situating the performers in virtual sets created from the historical elements. Fantini Futuro is directed by Obie award winning director Bob McGrath of Ridge Theater, with whom Neill collaborated on the 2010 Persephone at the BAM Next Wave Festival. 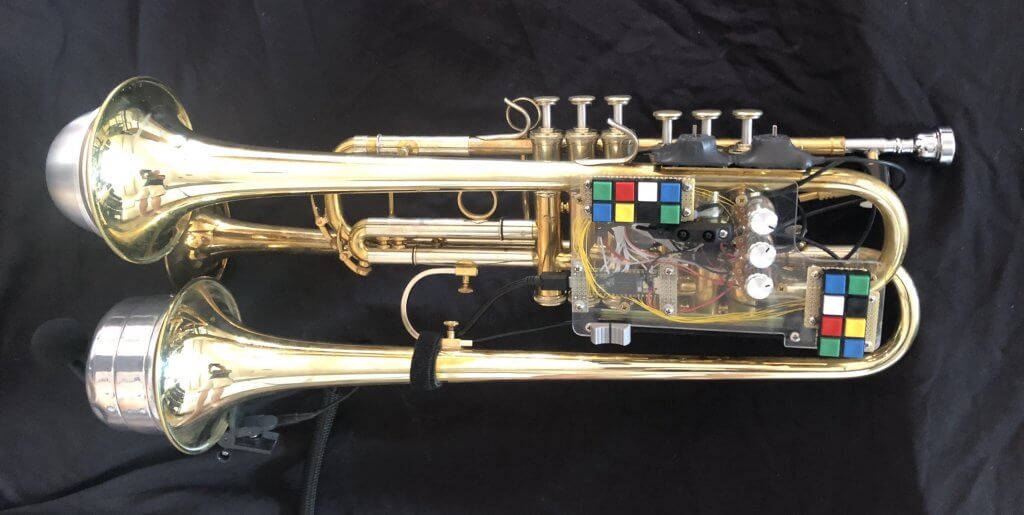 This performance is a fundraiser for Friends of the Erben Organ (“FREO”). FREO is a non-profit dedicated to the restoration, preservation, and presentation of the 1868 Erben organ through concerts and educational programs. For more info: http://erbenorgan.org