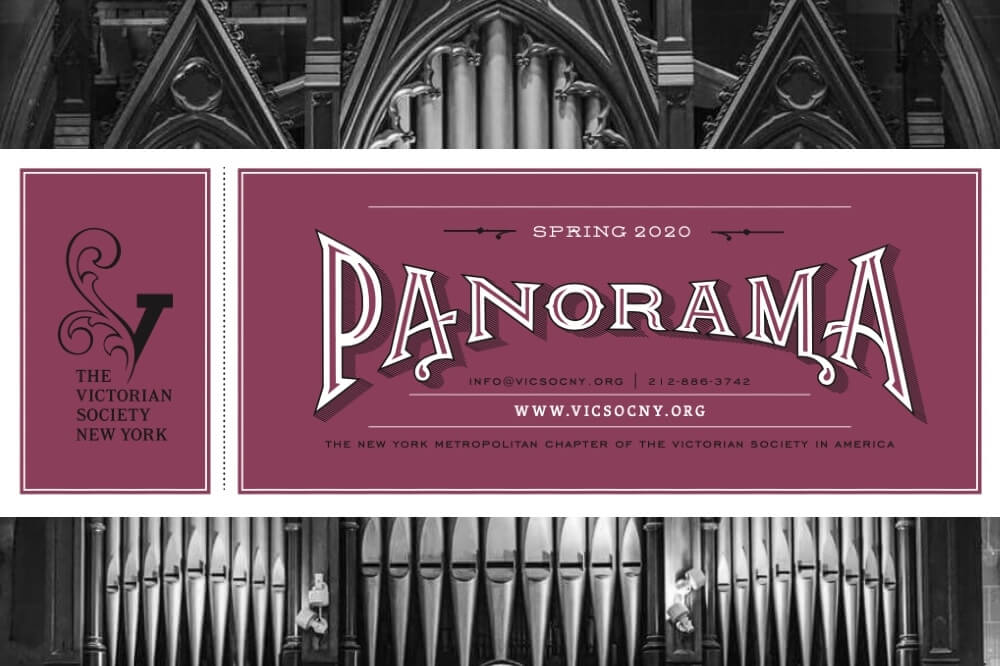 Friends of the Erben Organ are thrilled to share a feature by FREO Advisory Board member Eve M. Kahn in the Spring 2020 issue of Panorama, the semi-annual newsletter of the Victorian Society New York. Titled “Friends Group Keeping Victorian Music Alive”, the story on the back page of the print newsletter profiles our work to preserve and raise funds for the historic 1868 Henry Erben organ, a magnificent masterpiece of mid-19th century organ building. Eve visited us in the organ loft for an up-close tour of the monumental Erben by Basilica organist and music director, Jared Lamenzo.

“It’s just a sumptuous instrument, everything about it,” Jared Lamenzo, the cathedral’s music director and organist, said during a recent demonstration.

From their website: Founded in New York City in 1966, the Victorian Society in America is dedicated to fostering the appreciation and preservation of our nineteenth-century heritage as well as that of the early twentieth century (1837-1917). The Metropolitan Chapter (Victorian Society New York), oldest of numerous chapters now flourishing throughout the country, is an independent organization affiliated with the national society.