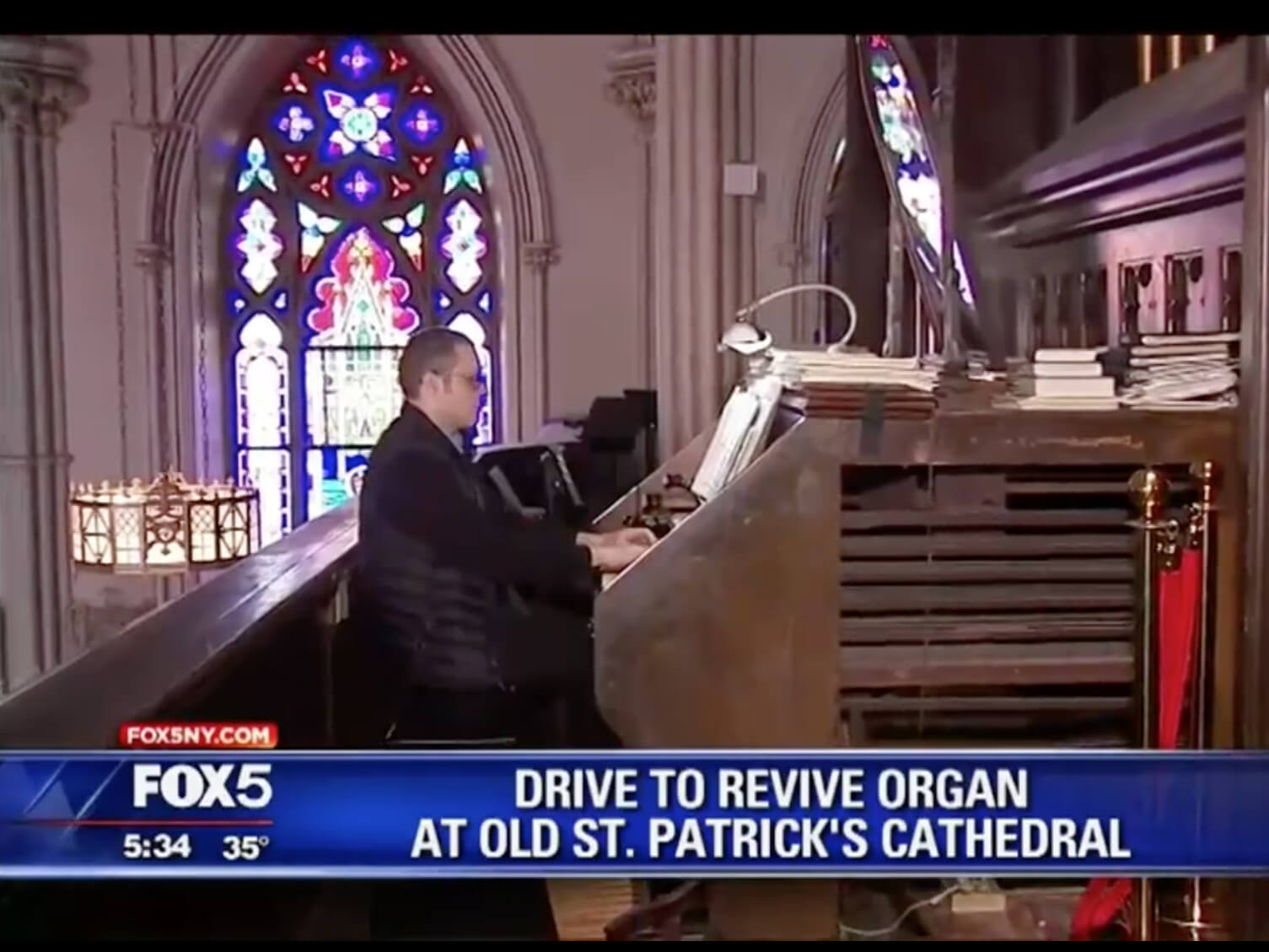 FOX 5 NY’s Antwan Lewis interviewed Basilica Director of Music and Organist Jared Lamenzo about the ailing Erben organ. This story aired on 2/27/2019 and was posted on the FOX 5 NY website on 2/28/2019.

Excerpt from the story:

“NEW YORK (FOX 5 NY) – The organ is the pulse of a church. And the organ at Old St. Patrick’s Cathedral in Manhattan has been its pulse since 1868.

“There’s a tremendous amount of music that’s been produced by this object,” music director Jared Lamenzo said. “It’s seen thousands of funerals, weddings, masses. Hundreds of thousands of people have heard it through the years.”

Called the Erben Organ, it was named after Henry Erben, one of the premier organ builders of the 19th century. It has 2,500 pipes and all the parts and inner workings that came when it when it was delivered mostly piece by piece by horse-drawn carriage.

“Dirt and debris that have fallen into pipes during different renovations of the church, these enormous bellows with leather that need to be re-leathered,” Lamenzo said. “It’s like taking apart a house and putting it back together.”

Donate to help save the Erben today!