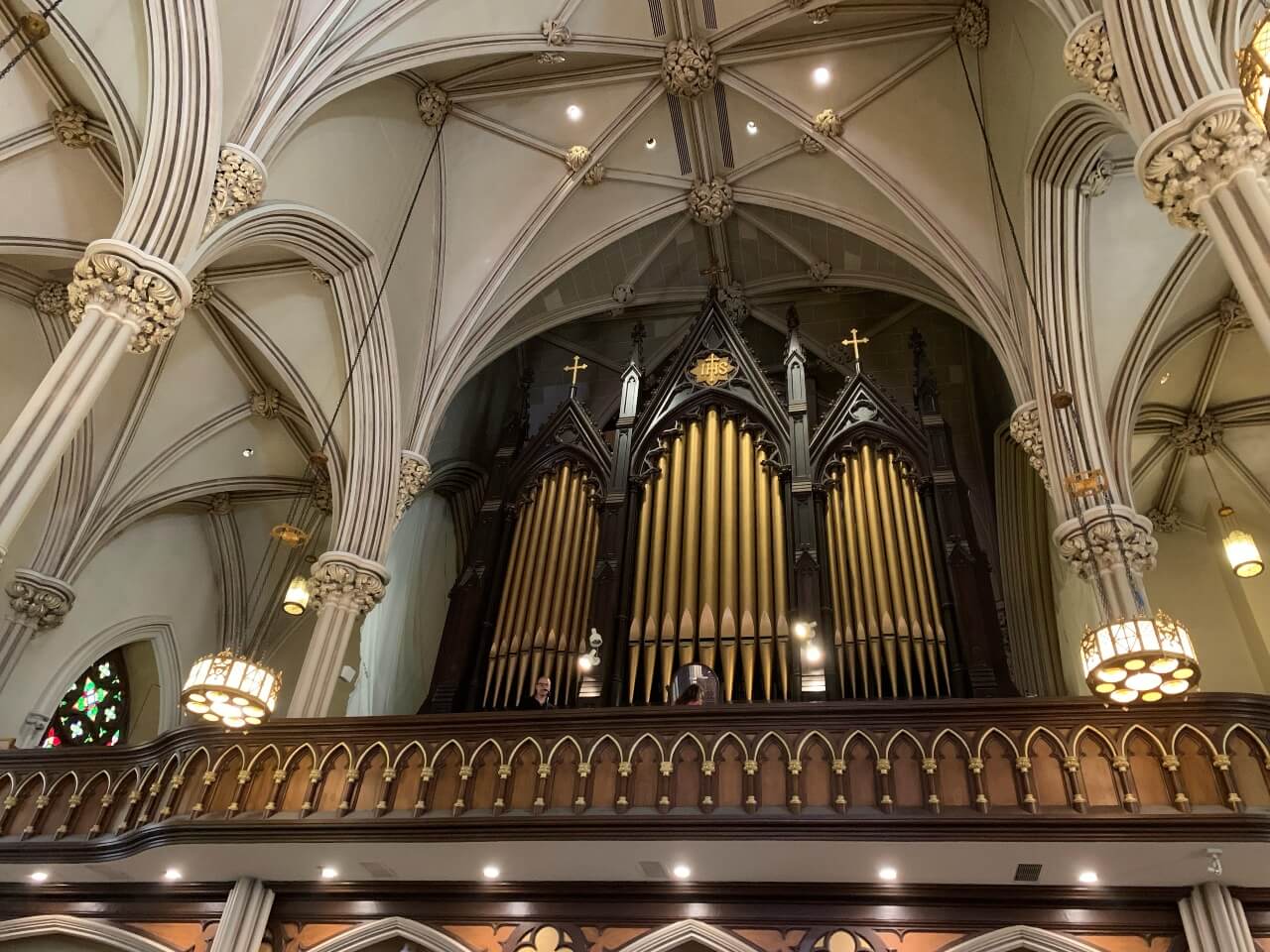 To celebrate Make Music Day 2021 and the return to in-person events, on June 21 we hosted a mini Erben organ festival, featuring four half-hour performances. The series of Erben recitals were followed by Kids Build a Pipe Organ!, our hands-on experience for kids using the Orgelkids USA kit pipe organ.

The series started with an organ & violin duets concert, played by Lavinia Pavlish and Jared Lamenzo. Following the duets were solo performances by Rebecca Ehren, Maria Rayzvasser and Shannon Murphy. Shannon’s concert included a world premiere of a piece by American composer Sarah Rimkus. Enjoy some highlight photos and videos from the June 21 Erben organ festival below!

Born in Guadeloupe and educated in France, Joseph Bologne, Chevalier de Saint-Georges (1745-1799), was a French classical composer, virtuoso violinist, a conductor of the leading symphony orchestra in Paris, a renowned champion fencer, and the first known classical composer of African ancestry.

Our chalkboard, shown on on Make Music Day 2021.

George Alexander Macfarren (1813-1887) was dubbed the English Mendelssohn and had an illustrious career as a composer, professor, and musicologist. Macfarren actually came to New York City in 1847 for 18 months in an attempt to address his failing eyesight; he engaged in musical activities around town, conducting and composing. (The eye treatment was not successful and he was blind by 1863.)

Photo: Before any great performance, there is planning and preparation. Here, Maria Rayzvasser discusses organ stop changes with Jared Lamenzo.

Rebecca Ehren rehearsing at the Erben.

World Premiere: Shannon Murphy plays Chorale Prelude on Jesu Meine Freude by Sarah Rimkus (b. 1990), recorded at the live concert for Make Music Day, June 21, 2021. Historic 1868 Henry Erben pipe organ. This chorale prelude on the famous hymn Jesu, Meine Freude (“Jesus, My Joy”) uses repeated melodic fragments taken from the four-part chorale in many different ways. The melody of the hymn and its most common harmonizations use the minor tonality in a highly declamatory and chromatic way, though the text contains both expressions of extreme joy and despair. This piece uses these repeated and sustained fragments of the tune to create Impressionist-inspired textures that start in a more soft-sounding minor mode, but the piece gradually opens up to a joyous major key. Commissioned by Lee Ryder for Shannon Murphy. (via http://www.sarahrimkus.com )