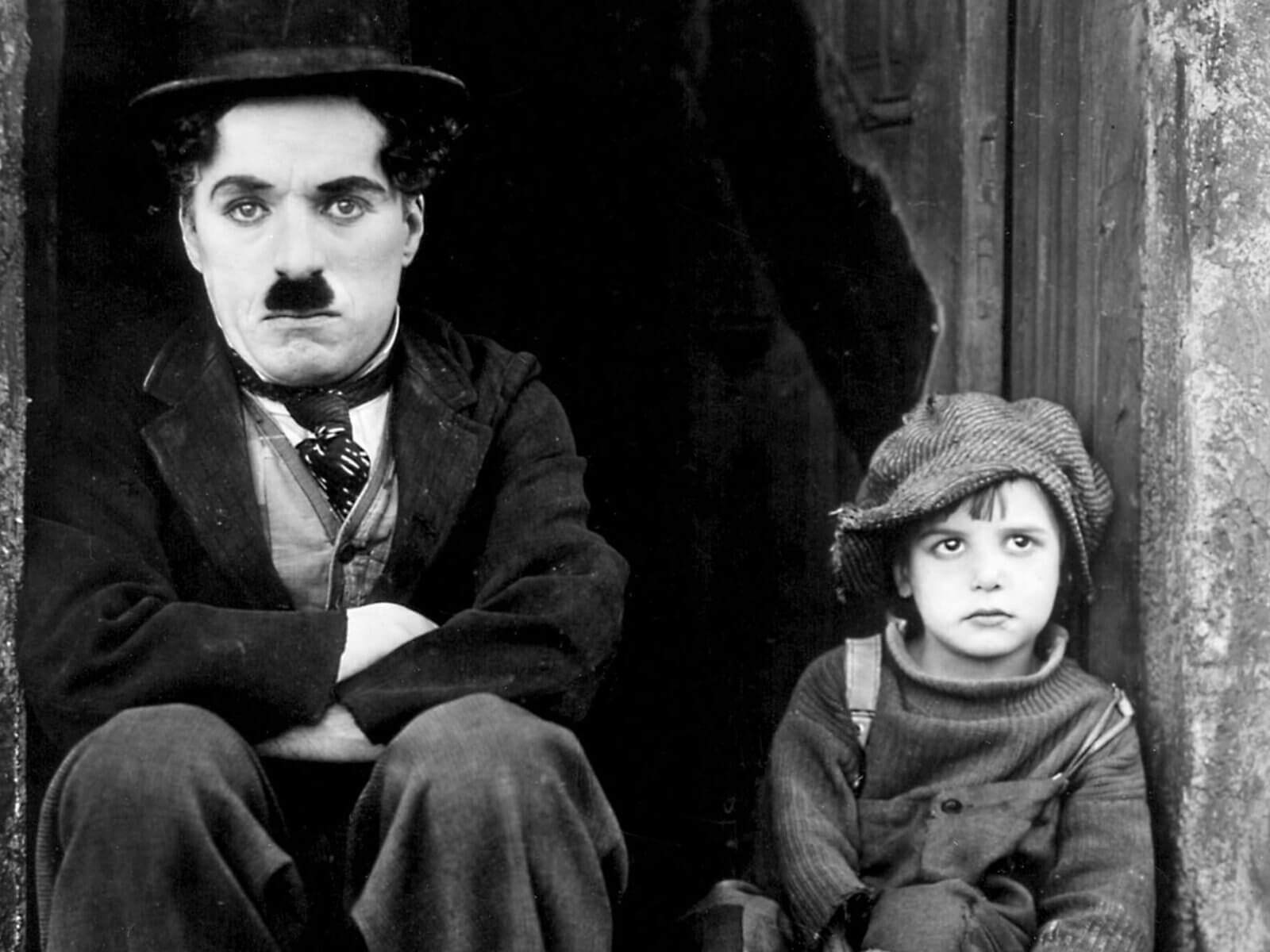 Friends of the Erben Organ hosted a screening of Charlie Chaplin’s 1921 film “The Kid” on October 14, 2021, with live improvised soundtrack on the Erben by acclaimed silent film organist Peter Krasinski. This was the first time the Erben had accompanied a silent film in its 153-year history. The excitement in the air was palpable, culminating with a standing ovation! The event kicked off our $12,500 Matching Challenge fundraiser.

A uniquely amazing event. The evening was utterly magical. Thank you!

A generous donor had offered to support FREO by matching up to $12,500. Thank you to all who participated! We exceeded our goal, which will help preserve and present the Erben organ. Start the year strong by donating today!

This event celebrated the iconic film’s 100th anniversary; it was Charlie Chaplin’s first full-length feature. Friends of the Erben Organ (FREO) was thrilled to hear Peter Krasinski bring the film to life on the magnificent 1868 Henry Erben pipe organ. It is the first time the Erben has ever accompanied a film in its 153-year history.

In the era of silent films, musical accompaniment was improvised as the movie unfolded on the screen. No two film presentations were alike, and since it is all live, the audience’s presence and reactions are all part of this special experience.

“The story is timeless: a woman decides, after much self-struggle and soul searching, to abandon her baby in the backseat of an automobile with a hand-written note attached. Assuming that it would be taken care of by the wealthy owners of the home nearby, she has no idea that the baby, by way of a comedy of errors, would end up being brought up by a kind-hearted but simple tramp, played by Charlie Chaplin. As time progresses through the movie, the focus does not only stay on the child (played brilliantly by Jackie Coogan) and his new parent, but also presents to us the birthfather of the child, follows the child’s mother and her career, and bestows a generous smattering of American characters offered through the lens of the day. As time progresses, the plot becomes increasingly involved, poignant, heart-rending, hilarious and ridiculous–and always remains a human story. Not to be overlooked is the fact that this film, exactly 100 years old this year, portrays an America full of diversity, hope, energy and tragedy: indeed, a presentation for our own time and our own thoughtful consideration.” – Peter Krasinski

Basilica Organist and Music Director, and Director of Friends of the Erben Organ, Jared Lamenzo, greeted the audience.

A special feature of the evening was the organ overture, projected onto the large screen, so that the audience could enjoy seeing Mr. Krasinski at the Erben’s keyboards.

Acclaimed silent film organist Peter Krasinski played the Overture to Poet and Peasant by Franz von Suppé (1819—1895) on the historic 1868 Henry Erben organ, before accompanying a screening of the 1921 Charlie Chaplin’s film “The Kid”, on October 14, 2021. This is the first time the Erben has accompanied a silent film in its 153-year history.

A $12,500 Matching Challenge was announced at the event. Thank you to all who donated! We have exceeded the goal with your support. Start the year strong with a donation today!

The film premiered on January 21, 2021 at Carnegie Hall in a benefit for the Children’s Fund of the National Board of Review of Motion Pictures. This film is considered one of Chaplin’s most personal and autobiographical works. Having suffered a personal tragedy when his own infant son died at three days old, Chaplin began to audition child actors for the role of the abandoned orphan ten days later. He met the 4-year-old Jackie Coogan by chance in the lobby of a theater where his father had performed, and spent over an hour talking to the boy. Soon Chaplin engaged the young Jackie to work on The Kid, and together they shaped the story of the lovable Tramp and the resourceful and loving orphan, living in the slums reminiscent of Chaplin’s own London childhood.

“All children in some form or another have genius; the trick is to bring it out in them. With Jackie it was easy. There were a few basic rules to learn in pantomime and Jackie very soon mastered them. He could apply emotion to the action and action to the emotion, and could repeat it time and time again without losing the effect of spontaneity“

Video: Peter Krasinski accompanies Charlie Chaplin’s The Kid, 1921. Five years later after adopting the orphan, the Tramp and his son devise a cunning business plan: the kid throws rocks at a window, and the Tramp “just happens” to walk by with a window glass repair kit strapped to his back.

Peter Krasinski’s artistry on the Erben brought the film to life like never before. This was a 100-year-old film being presented for the first time in the 200-year-old Basilica, on the 153-year-old Erben organ, the last of its kind.

The triumphant evening was capped with a standing ovation. This landmark community event showed the Erben in an entirely new light.

After the show, the artist greeted the audience in the illuminated courtyard on a beautiful moonlit evening. Audience members mingled and snapped photos with Peter Krasinski.

Help us preserve and restore this historic organ for future generations! Donate Now