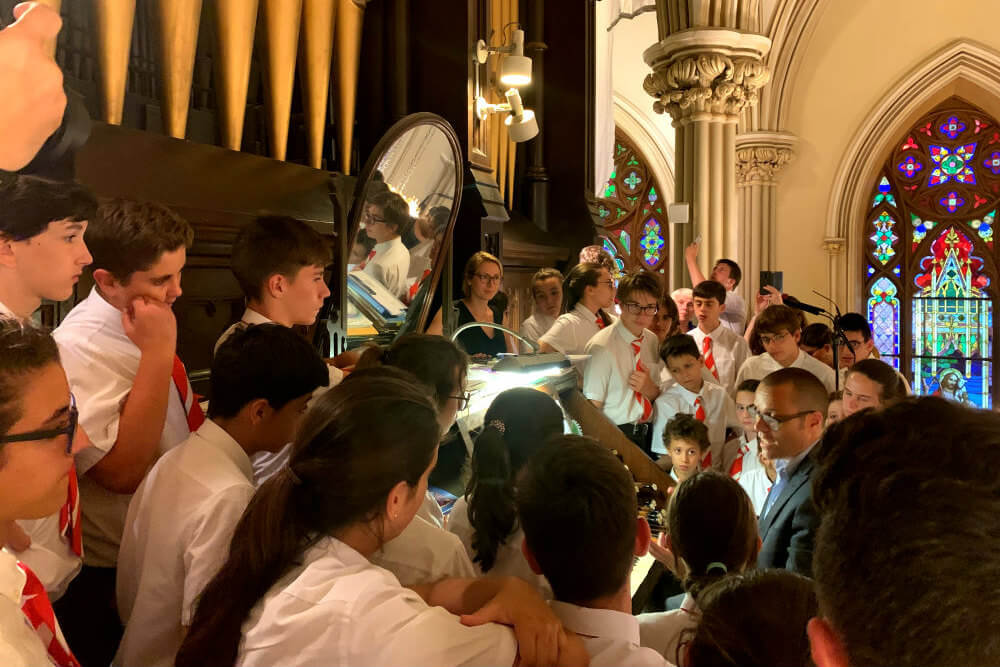 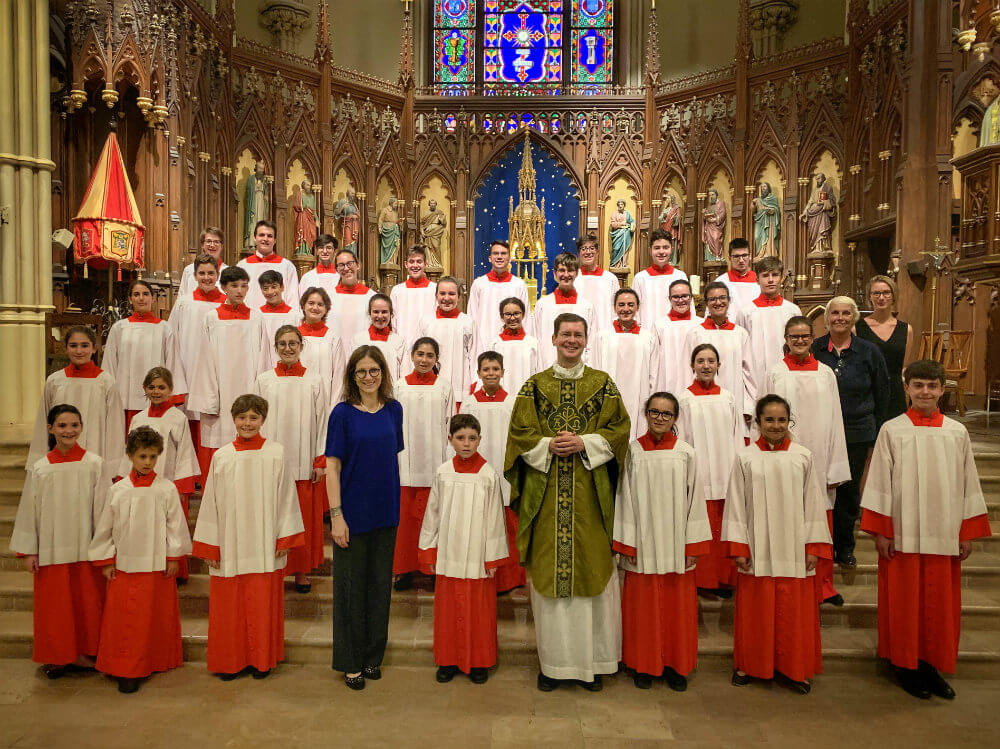 The choir of boys and girls, ages 8-18, is directed by Mrs. Catherine Metayer, second row right, and accompanied on piano by Ms. Harmony Perdu-Alloy, third row right. The children come from different educational systems: Andorran, Spanish and French, religious and secular. They recently performed at the UN, before delegates of member states, UN staff, civil society representatives and accredited visitors to the UN.  The choir receives and transmits the legacy of the European choral tradition. The 200 year-old-basilica, known for its superb acoustics, was the perfect venue for this performance which was enthusiastically and gratefully received by the community.  In thanking the choir and all after the recital, Fr. Graebe commented, “This performance has truly been a gift to us this evening.”  The congregation responded with resounding applause. 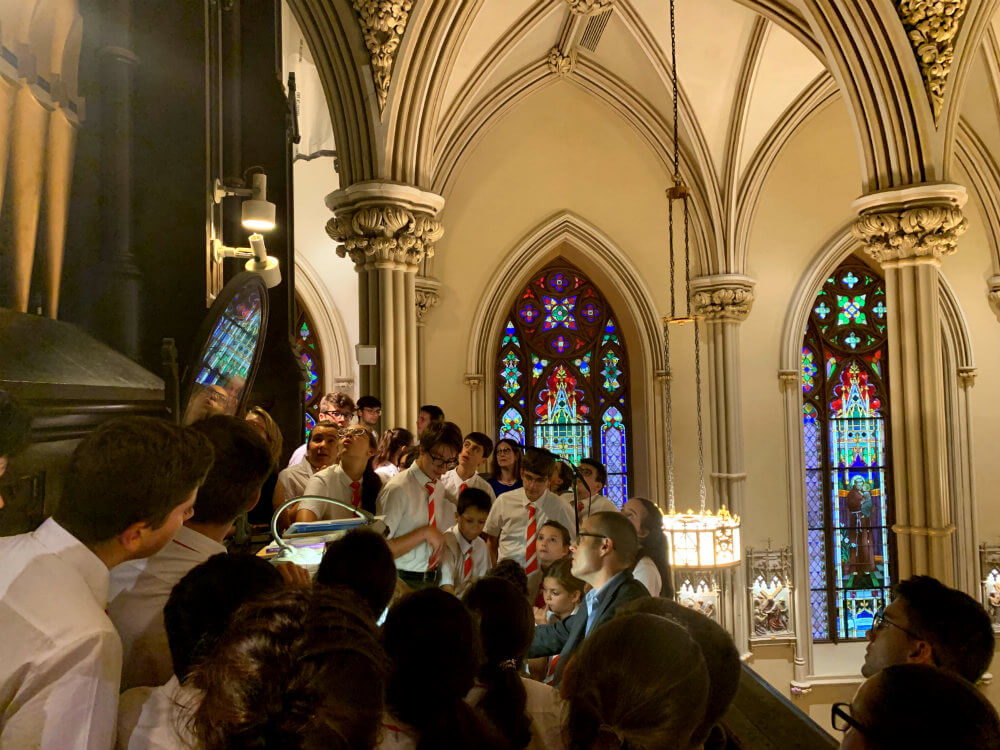 The choristers were entranced by seeing and hearing the historic 1868 Henry Erben organ up close, demonstrated by Basilica Organist and Music Director, Jared Lamenzo. 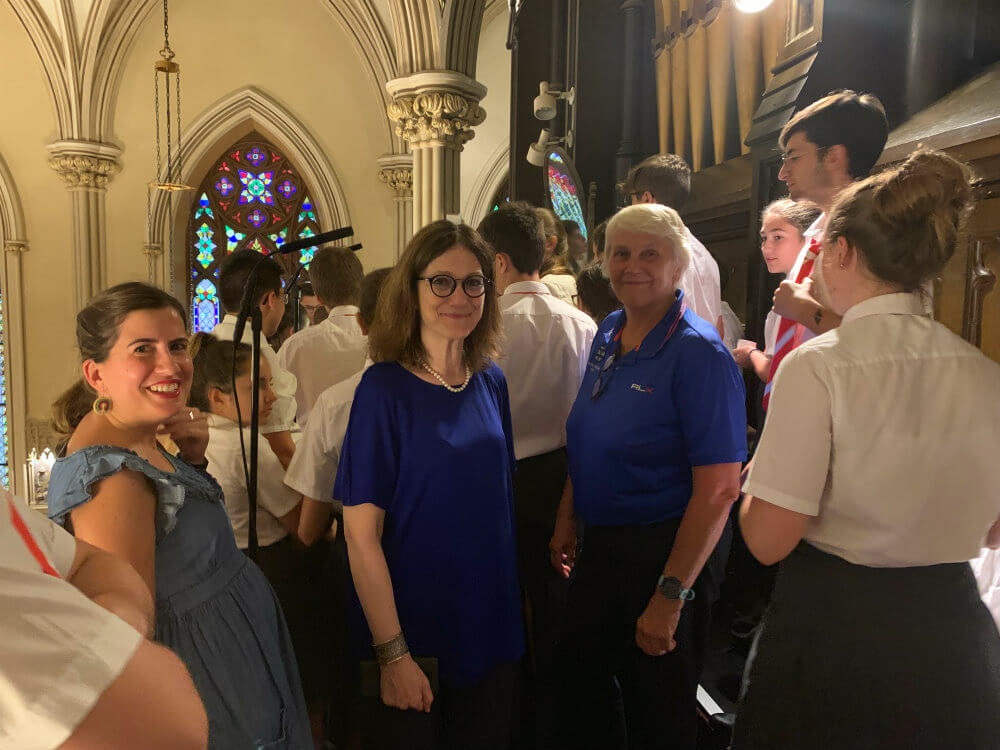 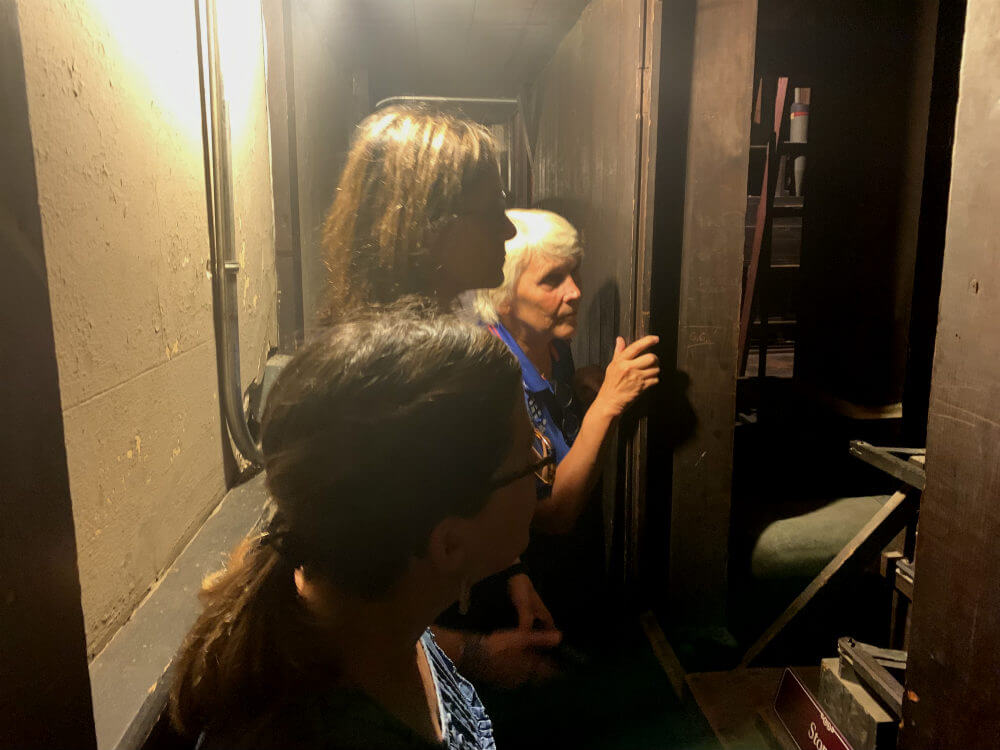 Ambassador Vives, Mrs. Metayer and Ms. Fernández shown looking into the inner workings of the historic pipe organ as Jared is playing it. 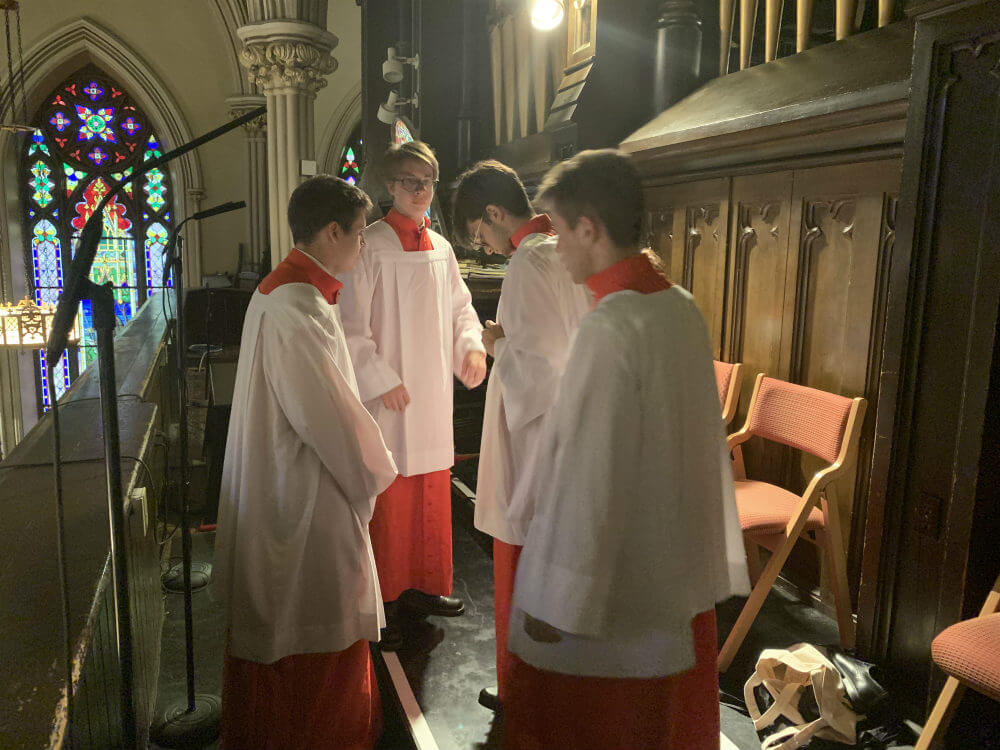 Choristers put on their robes in the organ loft. 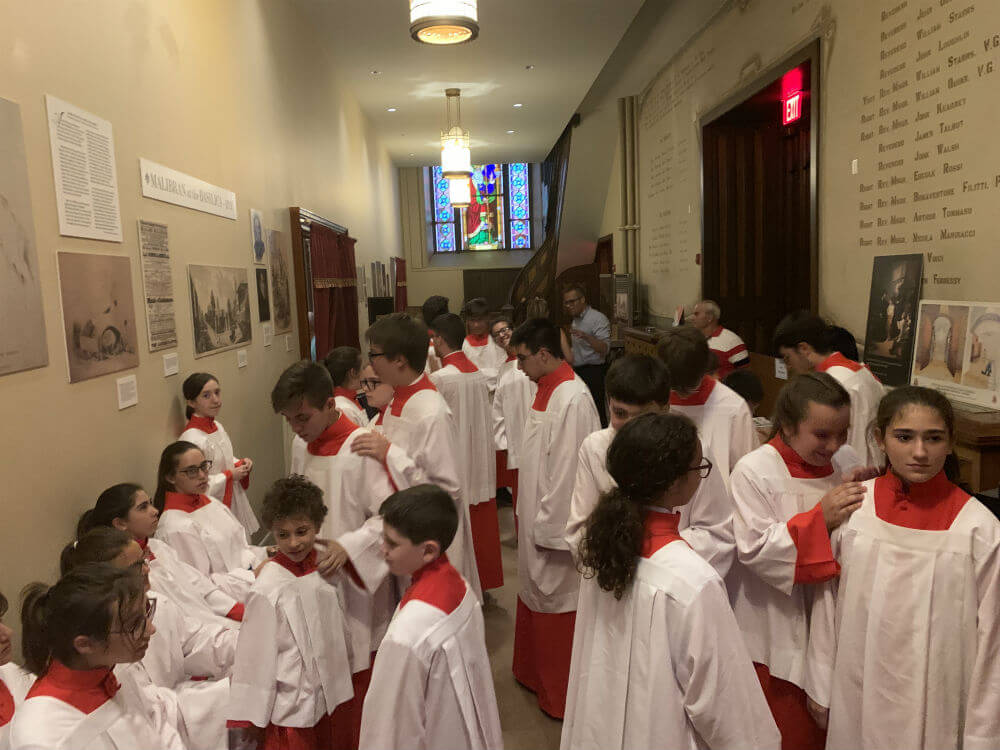 Choristers waited in the narthex to sing in the pre-Mass concert. 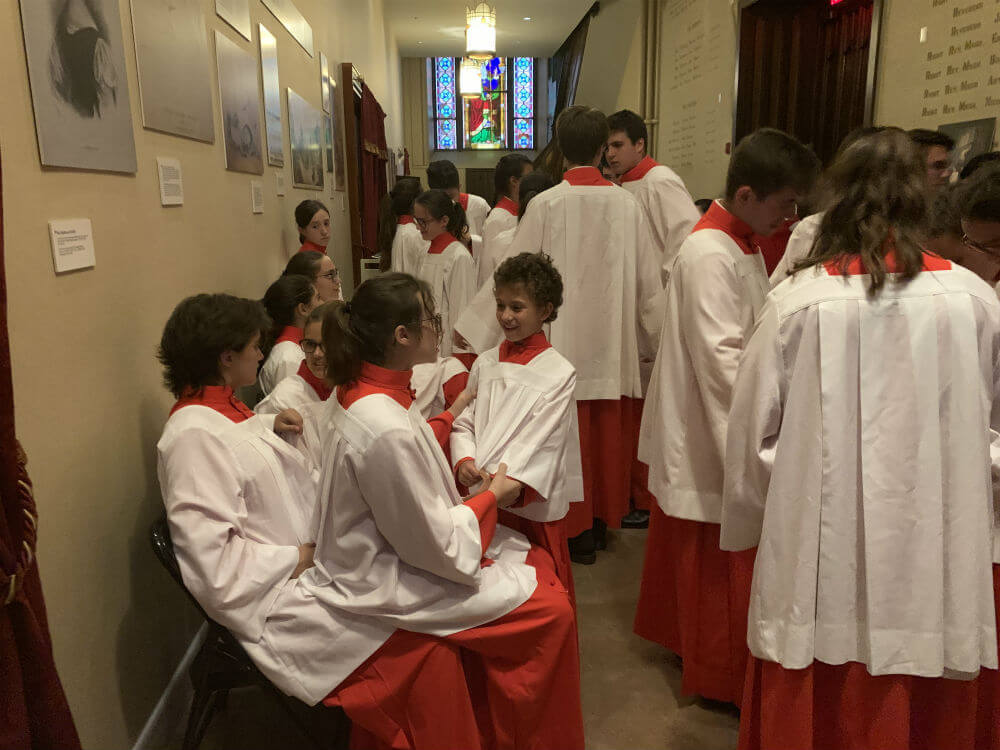 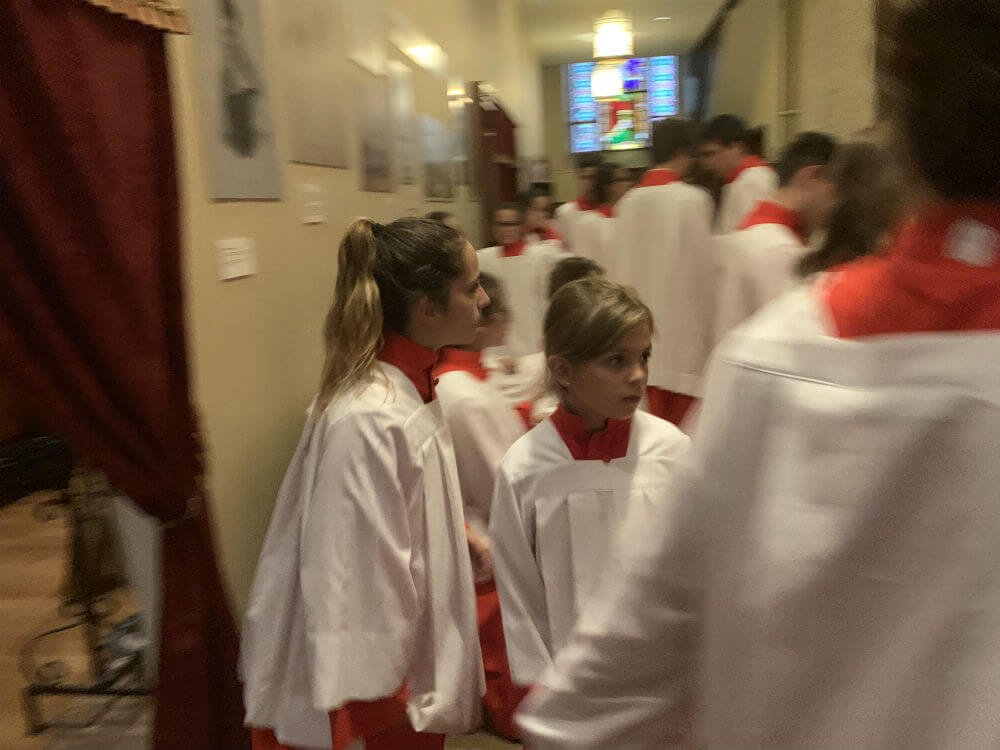 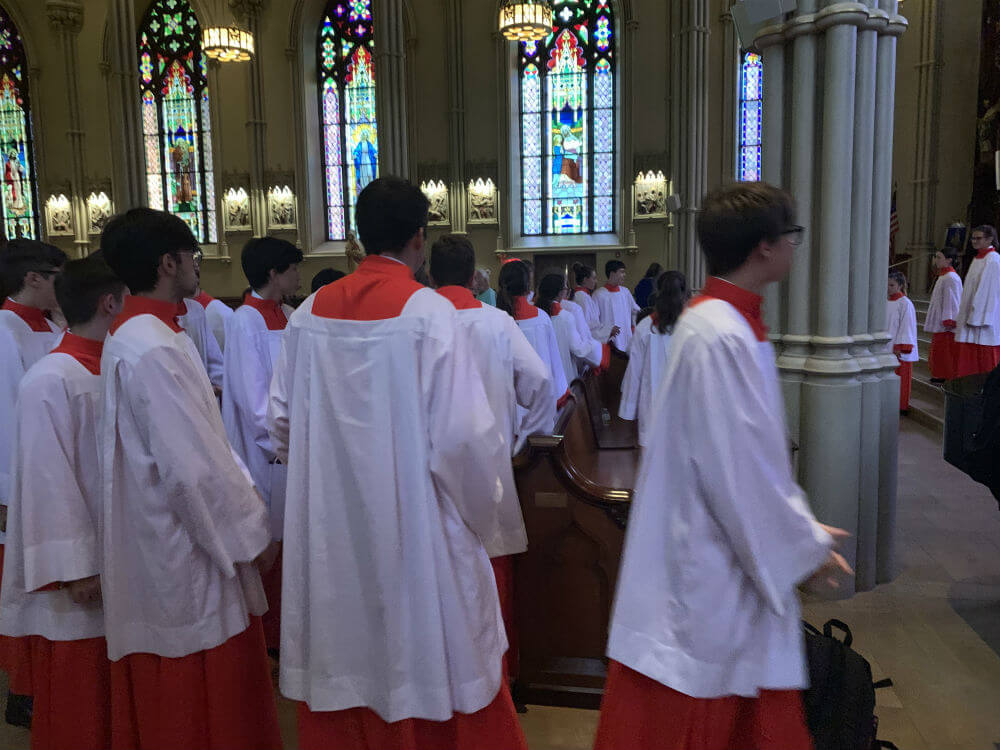 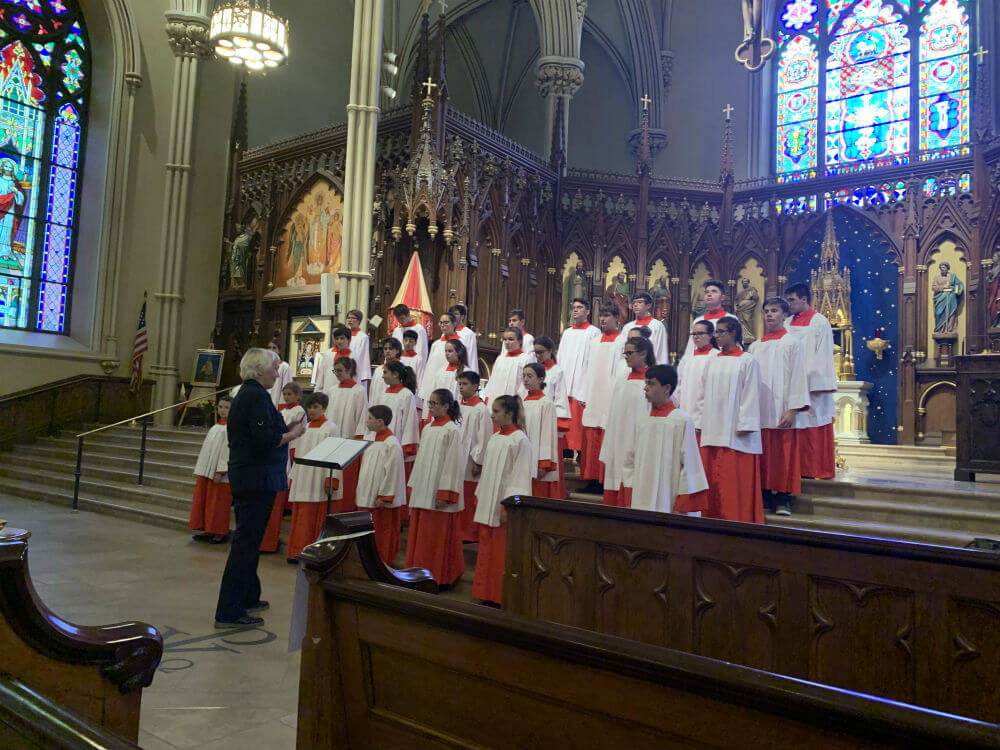 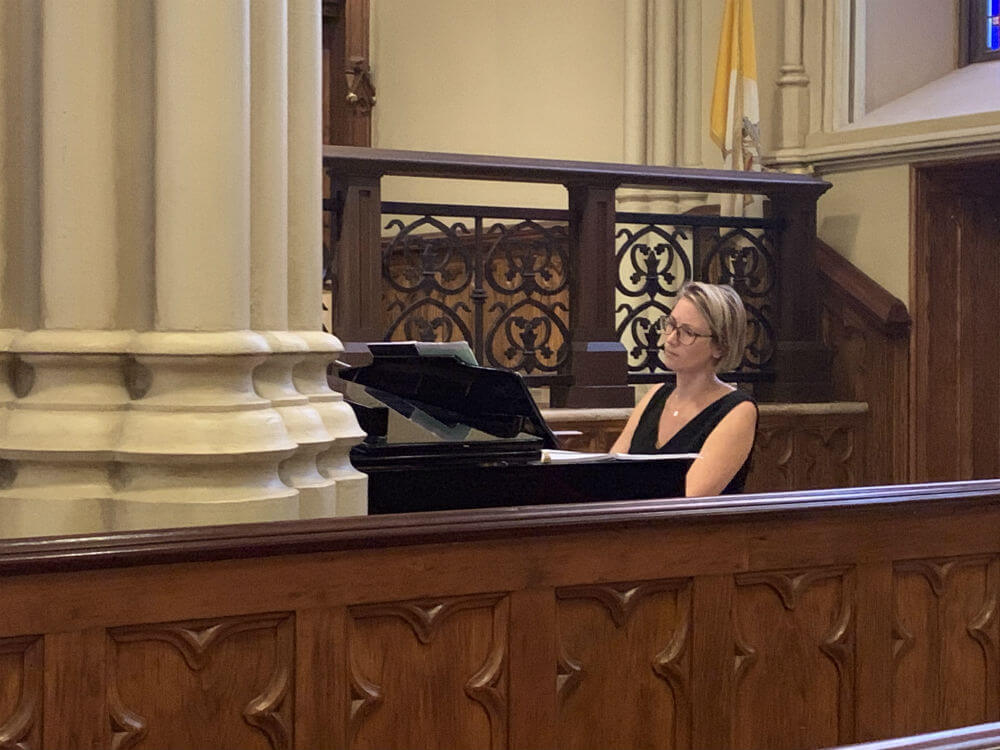 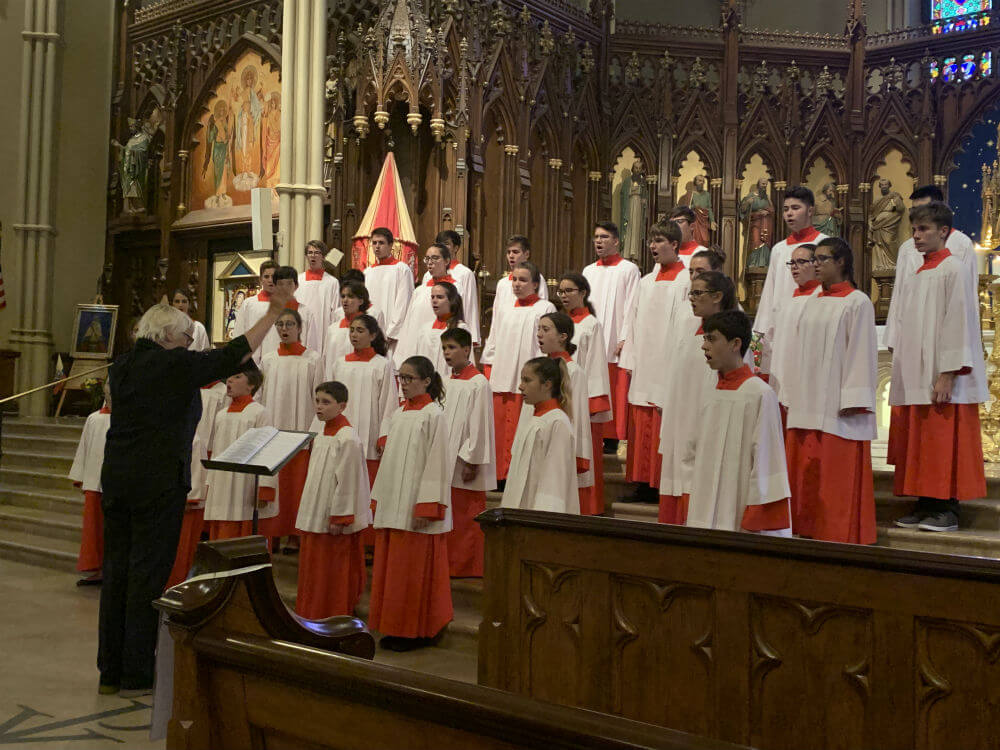 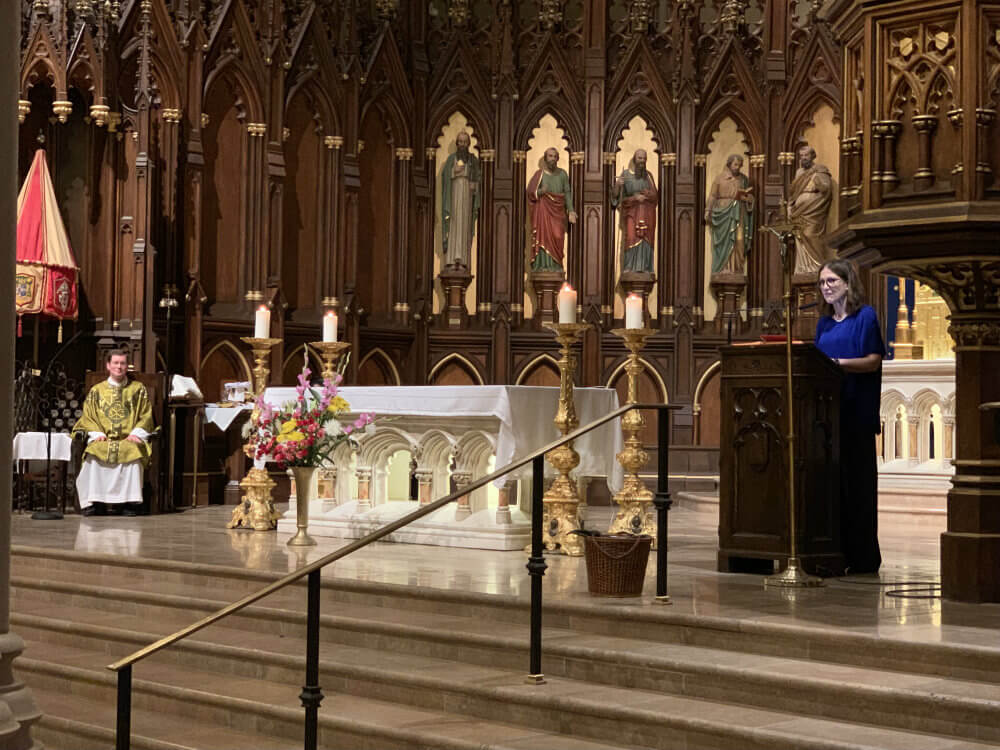 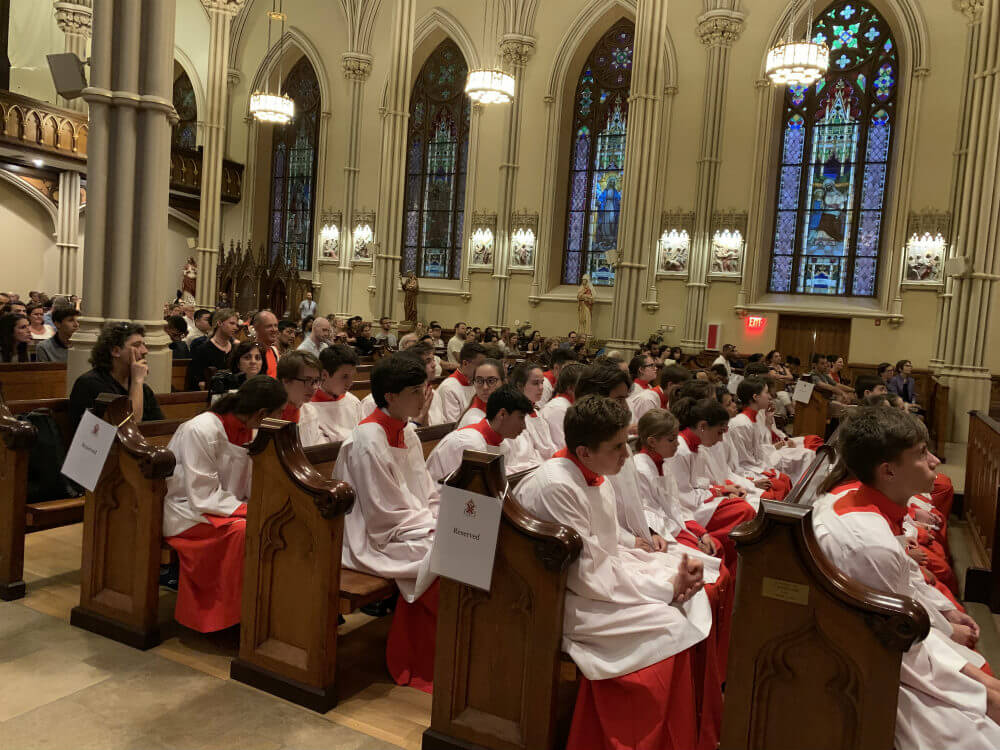 The choir shown listening to the speech by H.E. Elisenda Vives. 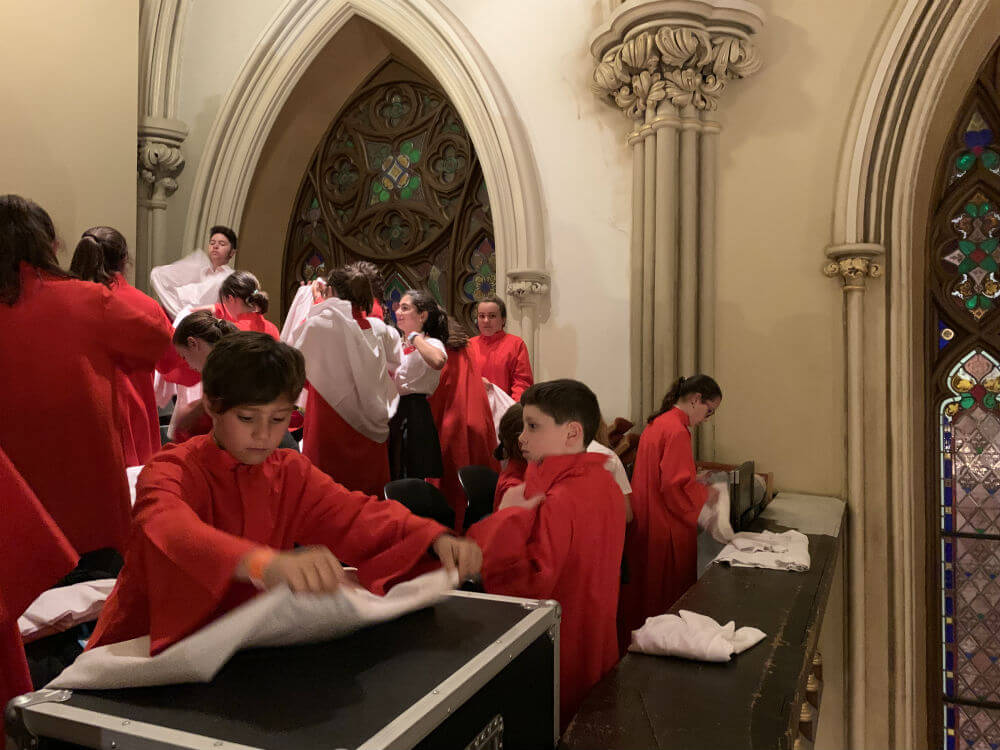 The choristers folded and put away their robes before heading to the parish house for hospitality after Mass. 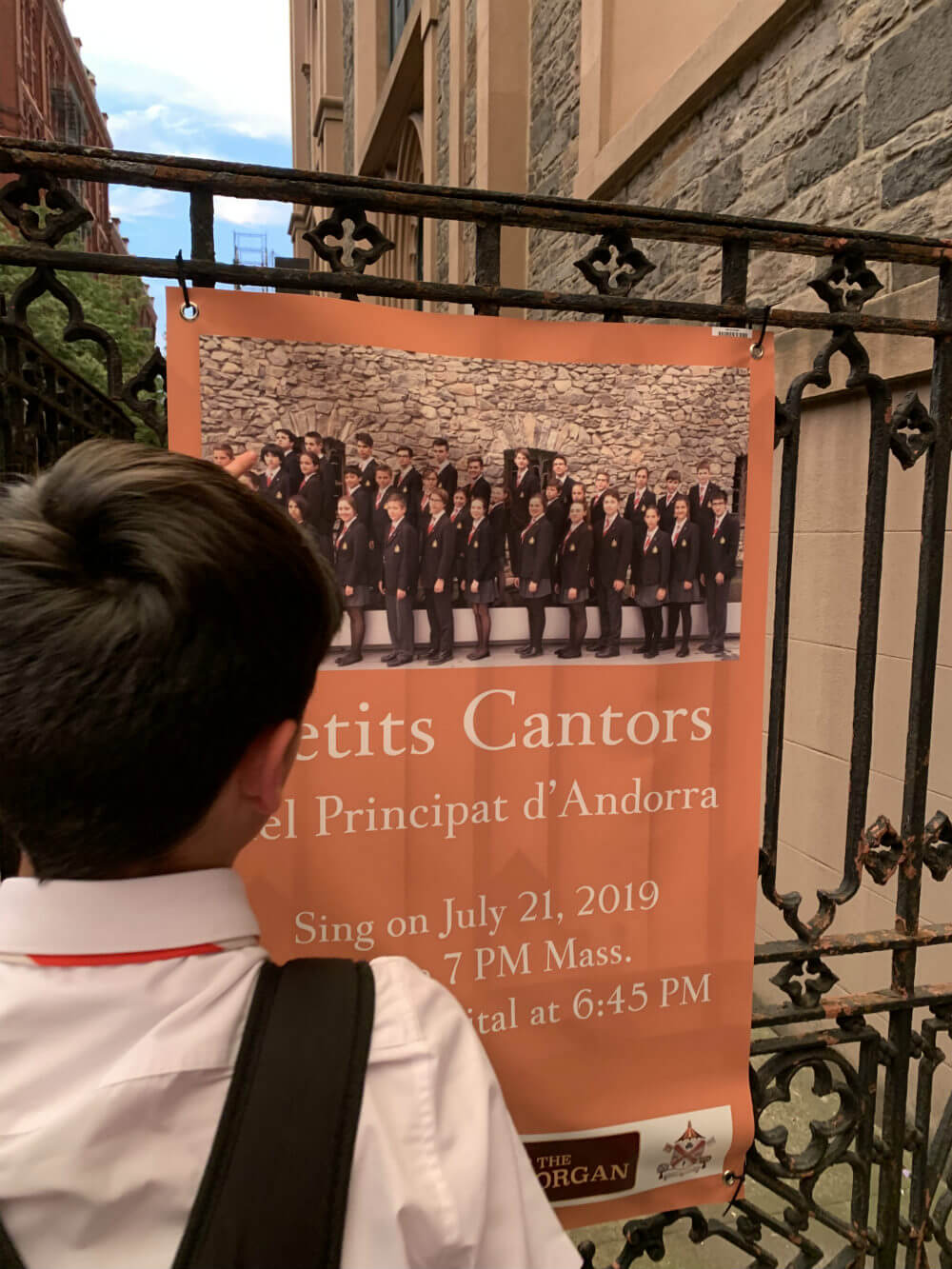 A chorister is looking for his photo in the banner announcing the Petits Cantors’ upcoming performance. 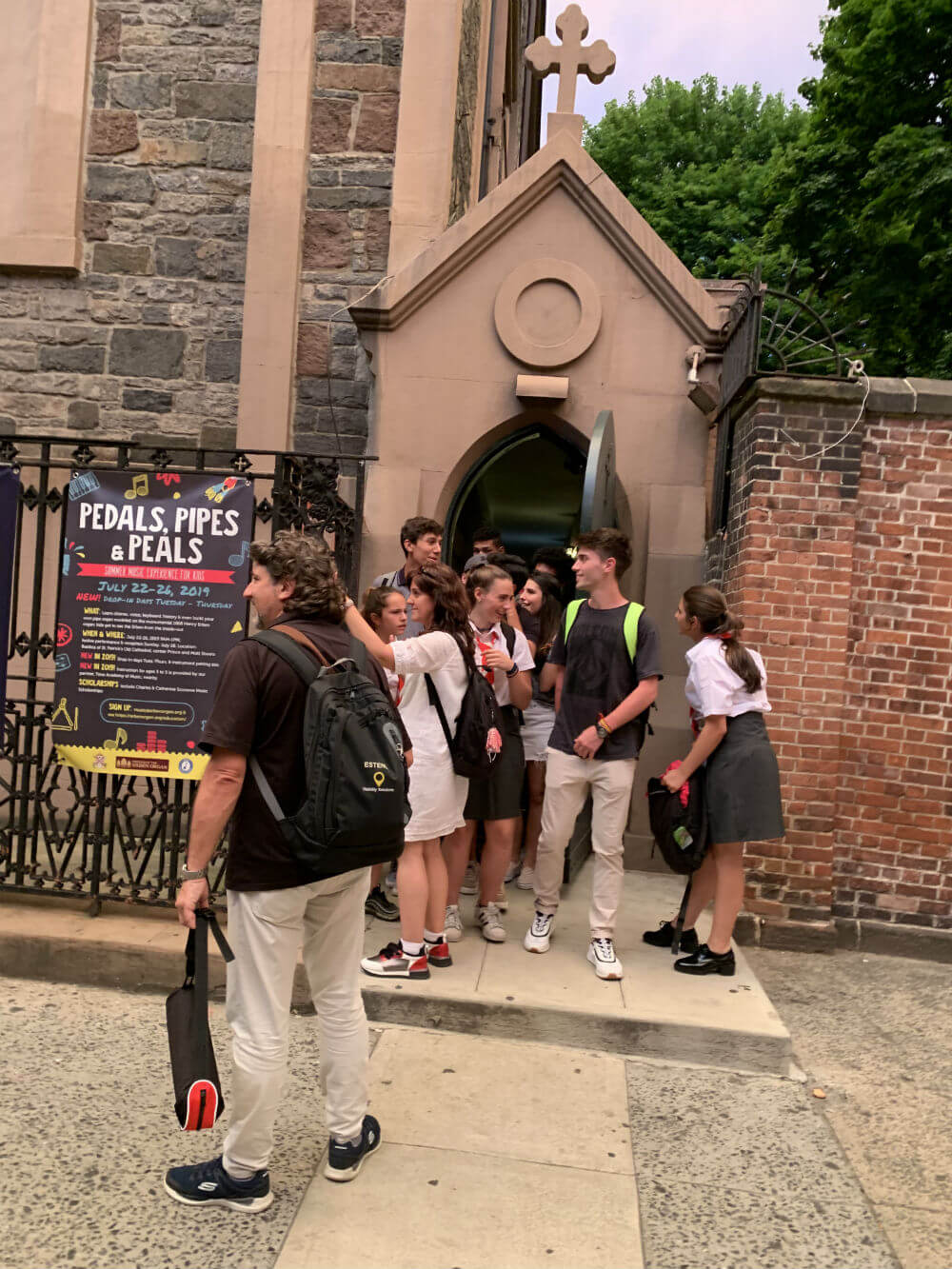 The choristers and accompanying personnel exited the Basilica and checked out their photos on the banner. It was a beautiful summer evening. 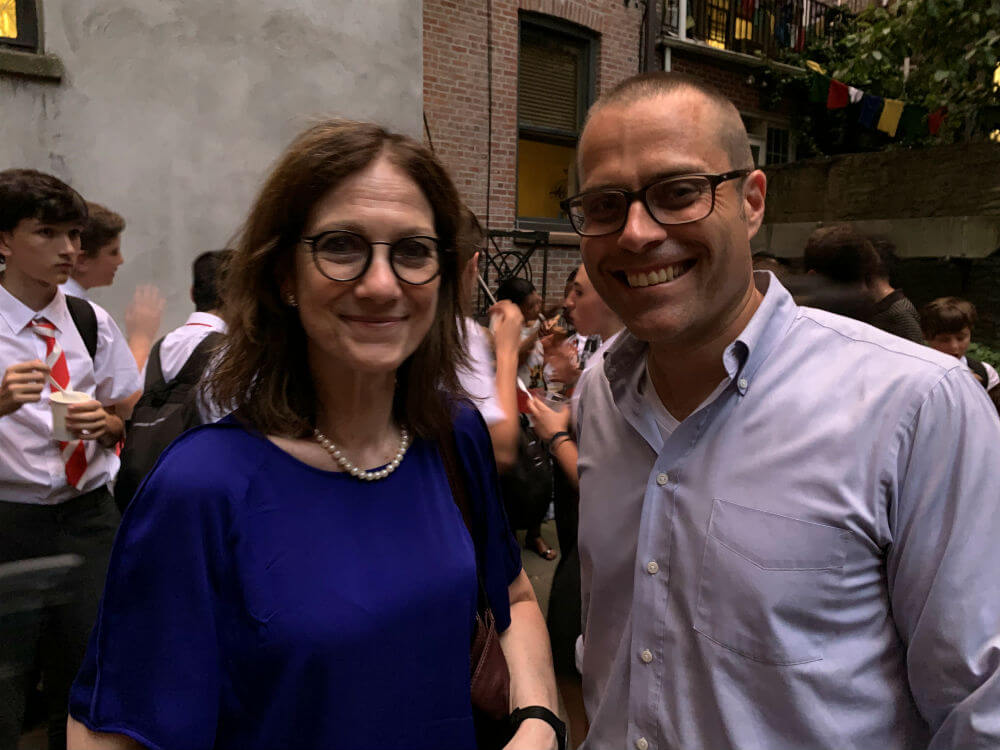