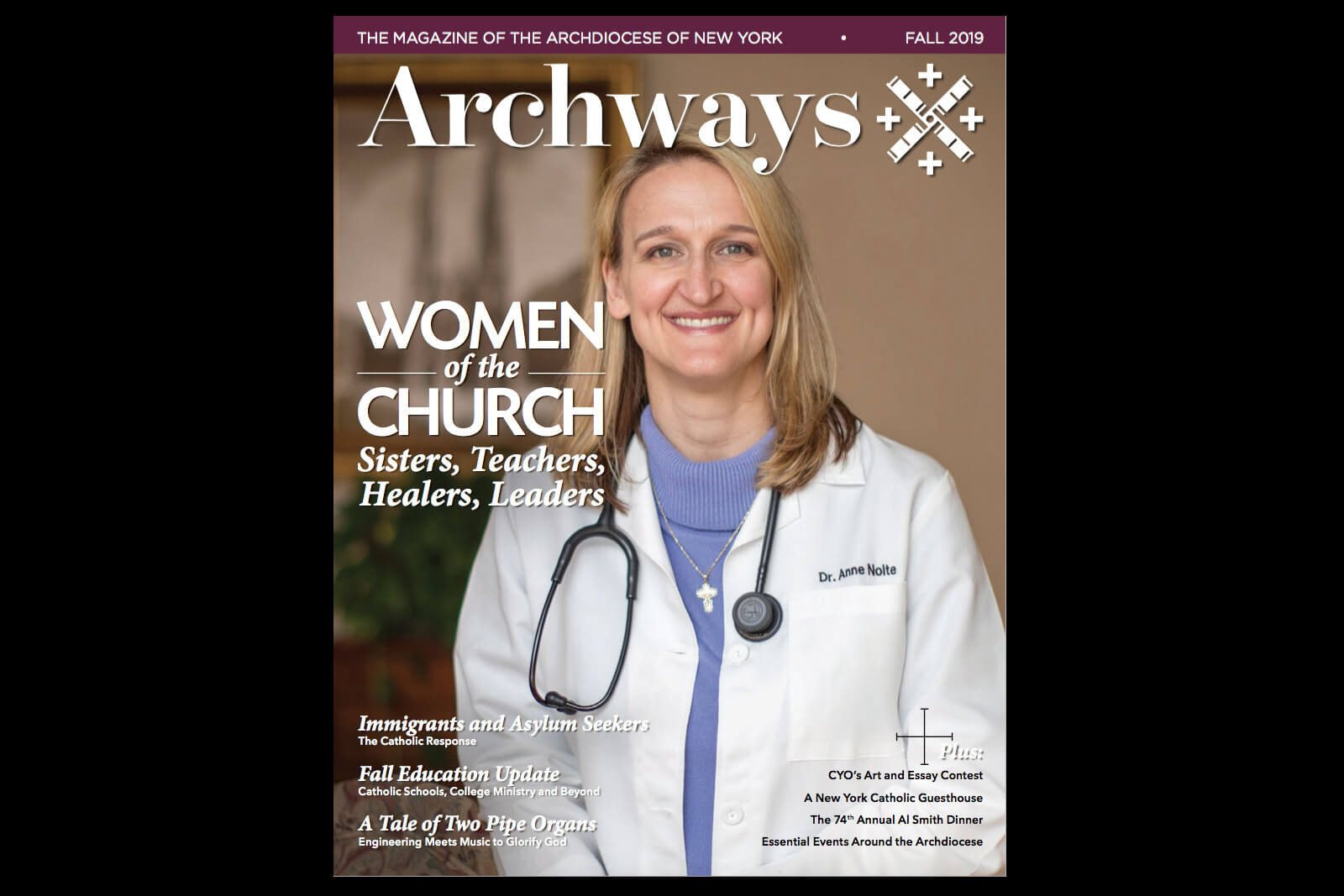 Basilica Organist and Music Director Jared Lamenzo and the historic 1868 Henry Erben organ have been featured in the story “A Tale of Two Organs” by Michael Cain, with photos by Chris Sheridan, in Archways, the magazine of the Archdiocese of New York. It’s a story of the two pipe organs at two cathedrals named for St. Patrick: the large St. Patrick’s Cathedral on 5th Avenue, and the original St. Patrick’s, now called the Basilica of St. Patrick’s Old Cathedral, on the corner of Prince and Mott Streets in Little Italy.

Screenshots from the online (PDF) version of the magazine story are below. We are particularly excited that a photo of the gleaming Erben pipes has been chosen to appear at the front spread, next to a letter from Cardinal Dolan.

Quotes from the article are included below:

“Erben was a New York builder who made more organs than anybody in the world,” says Lamenzo, the organist and music director at the old cathedral. “He built all of the great cathedral organs in America – and all of them, except this one, were ripped out and replaced over the next century.”

This one survived because it was left behind in 1879 when the archdiocese moved into its new cathedral uptown. As new technology came along, the original organs on Fifth Avenue were replaced, but not the Erben organ in SoHo.

The result today is a magnificent historic instrument in dire need of restoration.

A richly detailed spread, showcasing the marvelous 19th century technology of the 1868 Henry Erben organ, the details on the 5th Avenue organ console and facade, and a photo of kids building a miniature working Orgelkids organ as part of our Pedals, Pipes & Peals summer music experience.